Job-hopping is on the rise. Is job-hopping a smart career move? 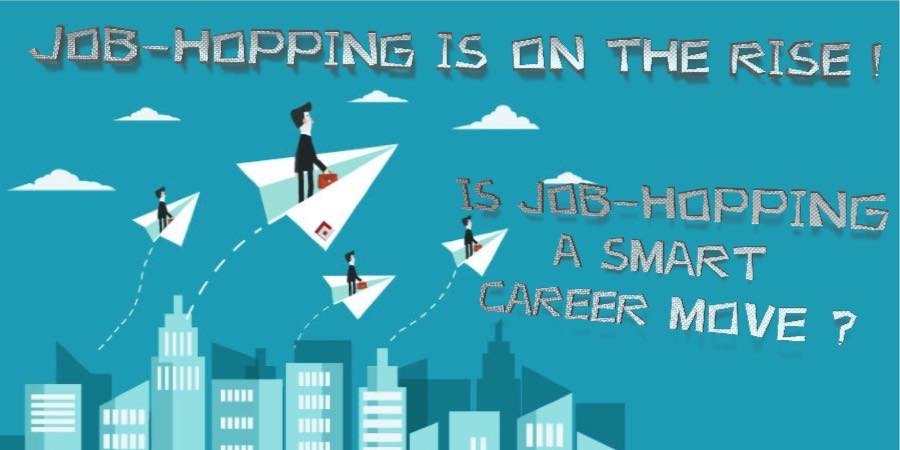 Job-hopping, generally defined as spending less than two years in a position, can be an easy path to a higher salary — but experts caution that bouncing from position to position can be a serious red flag to prospective employers. Unfortunately, the majority of workers — 64 percent — favor job-hopping, according to a new survey by our recruitment agency in Thailand, Fischer & Partners. That’s up 22% from a similar survey four years ago. Not surprisingly, millennial workers felt the most favorably about changing jobs frequently, with 75% of employees under 34 stating that job-hopping could benefit their careers.

While it’s true that a new position can bring about increased compensation, money by itself isn’t a reason to keep moving. Employers look at short stints and say to themselves, ‘I’m spending a lot of time recruiting, and you seem unlikely to stay here for more than 18 months. I should keep looking for someone who’s more stable.

Since it takes the average employee six months before they’re fully up and running in a position, hiring managers in Thailand need to know you’re going to be around longer than another few months before you jump ship. Too many people, when the new wears off, immediately say, they need something else. When that learning phase is over and it’s just a job, they get disenchanted, and that’s when the problems arise.

WHY DO PEOPLE JOB-HOP, AND HOW CAN I AVOID IT?

Right now, job-hopping is on the rise because of the growing economy and millennials who’ve grown up suspecting that there’s no such thing as loyalty from employers anymore. Millennials saw what happened to their parents and friends and they aren’t as eager to put in 20 to 30 years with a company as were previous generations.

Many people who job-hop are trying to get out of a negative situation, to escape the pain. But they’re not stepping back and asking themselves important career questions such as, “What do I care about?” or “What problems do I want to solve?”

If you keep jumping for money but don’t explore your passions, you’re going to end up dissatisfied. Eventually, you’re going to hit a plateau where you’ll be overpriced for the market, but you won’t have built a track record of results throughout your career, so no one’s going to want you.

HOW MUCH CAN I JOB-HOP WITHOUT IT COSTING ME MY CAREER?

Think of job-hopping like aspirin. A little can be beneficial and healthy; too much can be really bad for you. Exactly how often you can hop before you tarnish your resume depends on the industry and the market, but at a certain point, some hiring managers aren’t even going to want to talk to you.

If there’s a shortage of talent in the market, job-hoppers will still find plenty of opportunities. But when the market shifts and there’s more talent available than there are jobs, the candidates who have been more stable will rise to the top and be the first called.

It’s best not to push your luck beyond two less-than-two-year stints, Por cautions. There comes a certain point — for example, 10 jobs in 10 years — no company is even going to look at you, and that’s a pretty terrifying thought. If you really can’t stay in your position for another few months, then make sure the new job you’re going to is a better fit. The worst thing you can do is be so desperate to escape one bad job that you land in another one, and the whole process repeats itself.

A COMPANY IS OFFERING ME MORE MONEY, THAT HAS TO BE A GOOD THING, RIGHT?

Short answer: No. In some cases, more money could be a huge red flag. For example, the money could be “hazard pay” because the job is so volatile. Also, the very best companies pay on average a little bit less than the highest market rate, because they can — everyone wants to work there.

Your first instinct may be to say, ‘Oh this is great, I’m finally being paid what I’m worth,’ but money is a huge incentive that a lot of toxic companies use to recruit talent. They wouldn’t be doing it if it didn’t work.

Whenever you consider a new position, you have to think about your marketability down the line. It’s possible to make a lot of money but not gain any relevant skills. If a company comes along that wants to pay you a huge amount of money, but they work with outdated technology, you’re going to be in trouble when they shut down. Your skills won’t be current, and you’re going to be less hireable than you were before.

BUT I’M SO FRUSTRATED WITH THESE SMALL COST-OF-LIVING RAISES I’M GETTING FROM MY CURRENT EMPLOYER. … HOW CAN I NEGOTIATE FOR A BIG RAISE IN MY CURRENT POSITION?

Newsflash: A company is not going to just give you more money because you want it. You need to sit down with your boss and say, “I want to earn more. What problems do I need to solve? What skills do I need to increase?” Don’t go in and say, “I deserve more money.” (Although if you feel you’re underpaid for the market, do your homework with the Ministry of Labor Statistics, and come to any discussions with details on the average rate for your position.)

Overall, it’s up to you to push harder for promotions and raises inside your company. Do a great job, and when you’ve reached certain milestones, go to your boss and say, ‘I’d like to discuss whether we can pump up my pay. Do this during appropriate intervals throughout the year — no need to wait for an annual review.

If you’re thinking of going in with a counteroffer from another company in the hopes that fear of losing you will convince your employer to pay you more, beware: They may not take kindly to what can be perceived as strong-arming.

They may think they have a great partnership with you, and when you do this, they’re going to know that you’re looking around. I’ve seen people do this for years, and in my experience, they are out the door within a year after playing this card. The trust is gone.

IF I HAVE JOB-HOPPED, HOW DO I EXPLAIN IT TO HIRING MANAGERS?

If you walk in and say that you got bored and switched jobs, that’s going to be a hard sell. It all comes down to how well you can explain yourself. You need to say that you’ve been on a journey with a purpose, in pursuit of a bigger goal.

It has to roll off your tongue with confidence. If you are at all hesitant about owning everything on your resume and detailing why your experiences were positive, that’s going to come across in your answers.

If your resume reflects more than two short stints, try to find someone inside the company where you’re applying who is willing to walk your resume down the hall and give you a personal recommendation. They can vouch for you and say, Overlook the fact that they have jumped, I know they can do this job and they plan to stick around.

Pro tip: Writing a killer cover letter can help get your resume seen, even by the most scrutinizing hiring managers.

AT A CERTAIN POINT, IT’S OK TO MOVE ON. IT’S DEFINITELY TIME IF …

If you work in a company with a toxic culture where your boss is insulting or where people often take credit for your work, it may be time to move on. Another big red flag is if your company is consistently hiring from the outside rather than promoting from within.

Over the last decade, the covenant between employer and employee has profoundly changed. You don’t owe them anything more than a day’s work for a day’s pay. There is a term for people who give loyalty when they aren't getting any, and that term is a fool. People need to be smart. Your career is on you. You have to develop yourself however you think best, even if frequent job changes are part of that process. 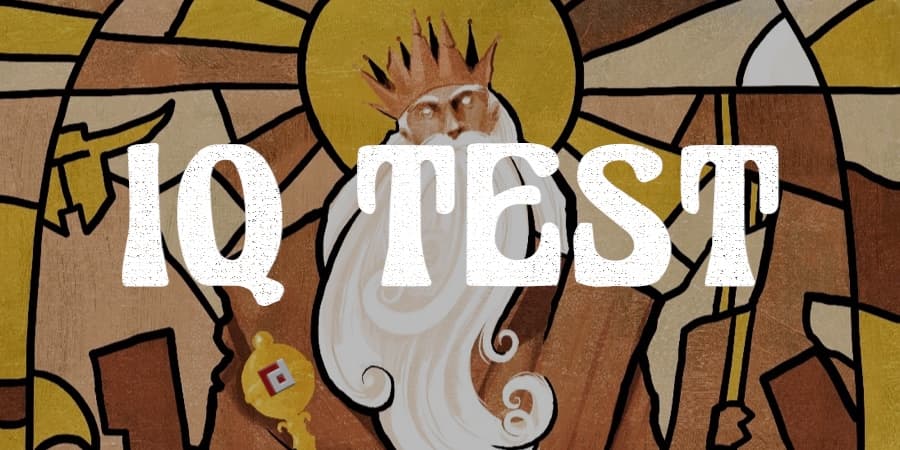 IQ Test: How Do You Find Out Your IQ? 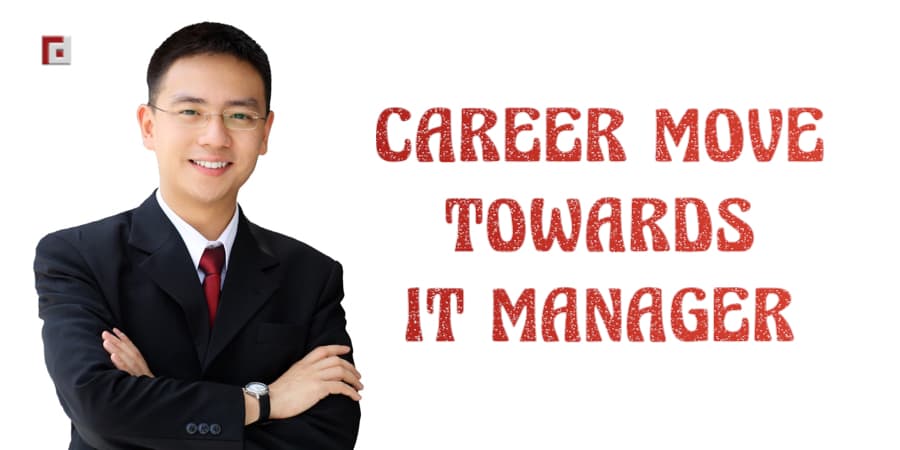 Career Move Towards IT Manager 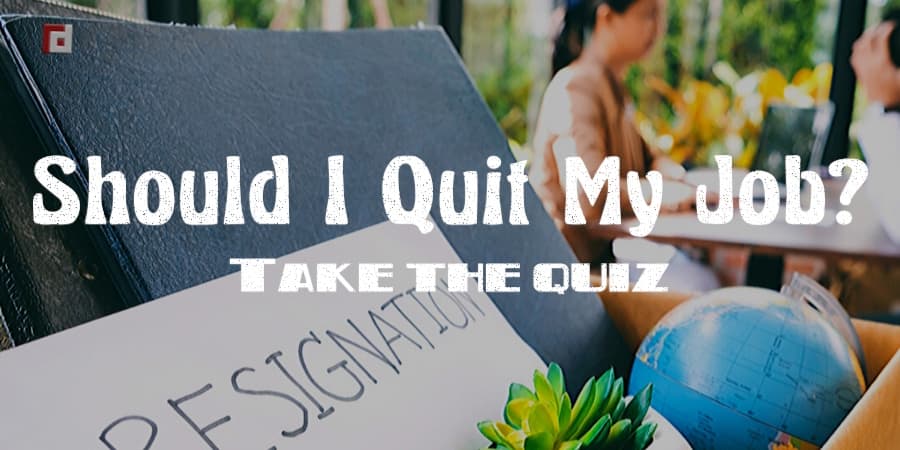 Self-Test: Should You Quit Your Job? 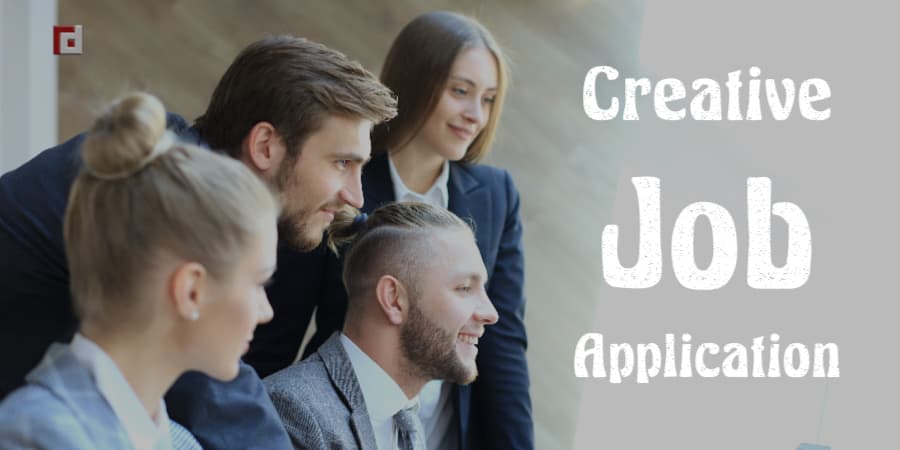 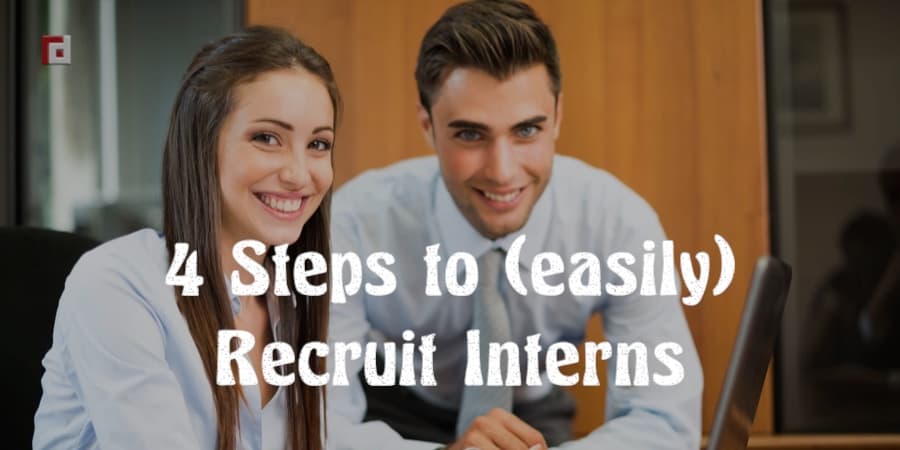 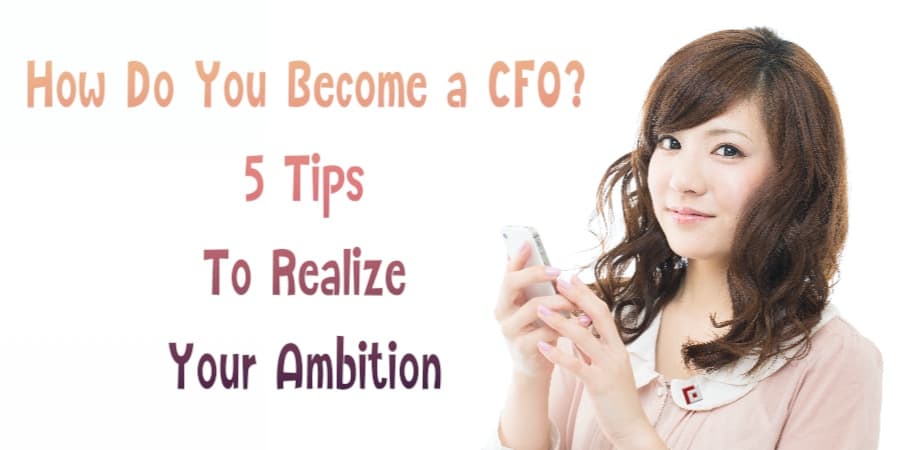 How Do You Become a CFO? 5 Tips To Realize Your Ambition 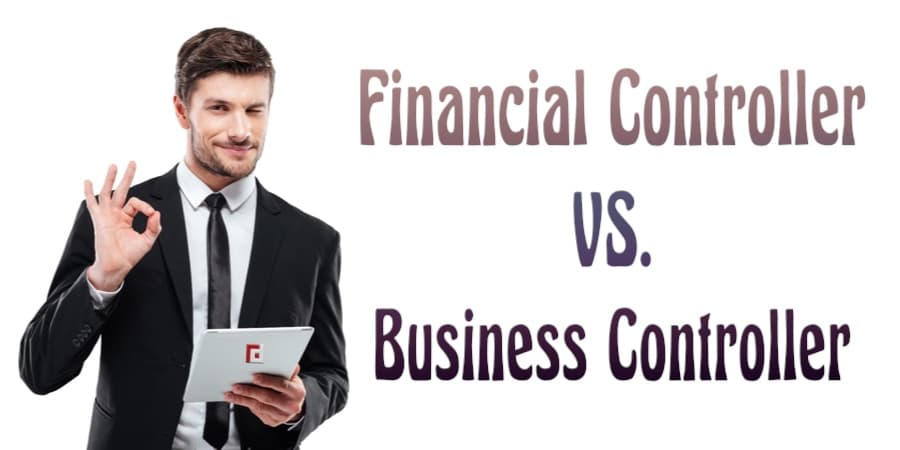 What Is The Difference Between a Financial Controller And a Business Controller? 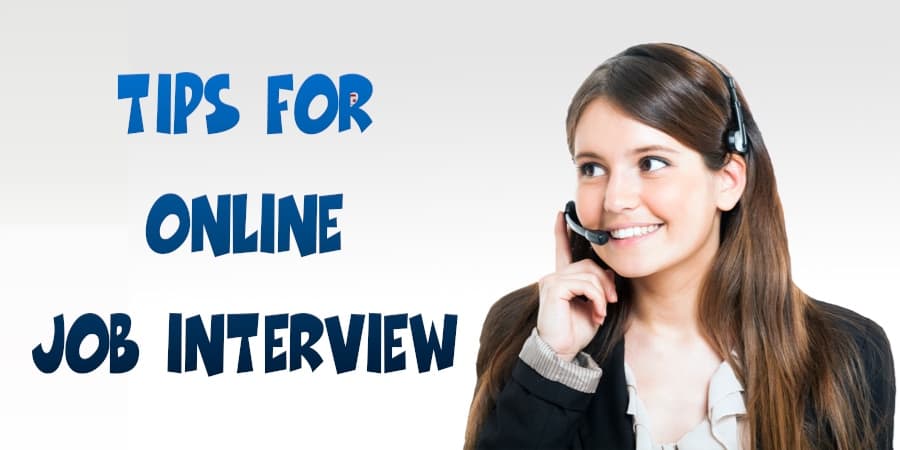 Tips For An Online Job Interview 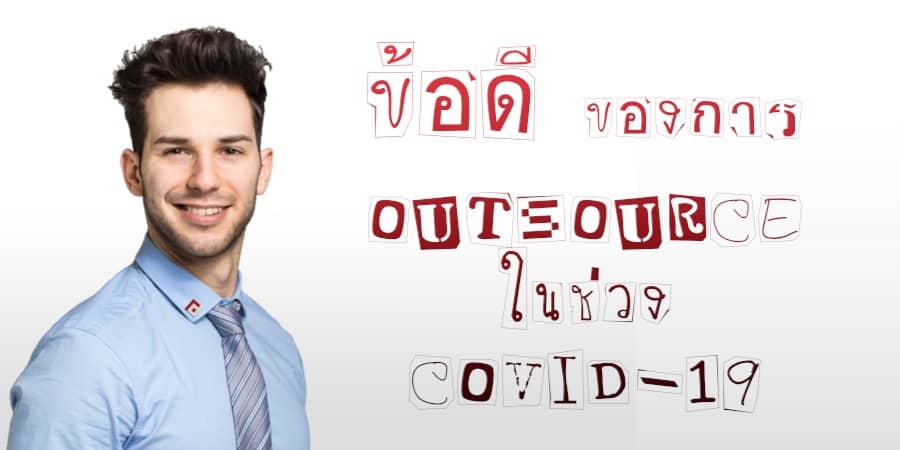 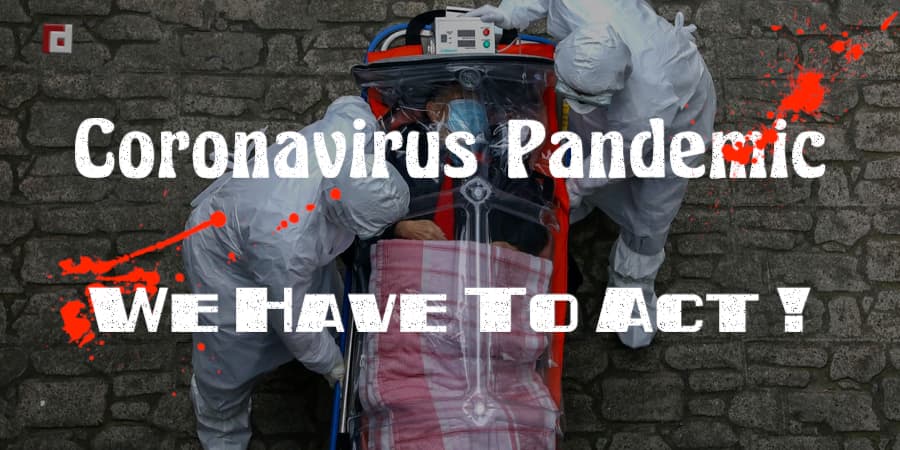 Coronavirus Pandemic : We Have To Act!