Would You Compromise Your Values ​​To Get A Job Or A Better Salary? 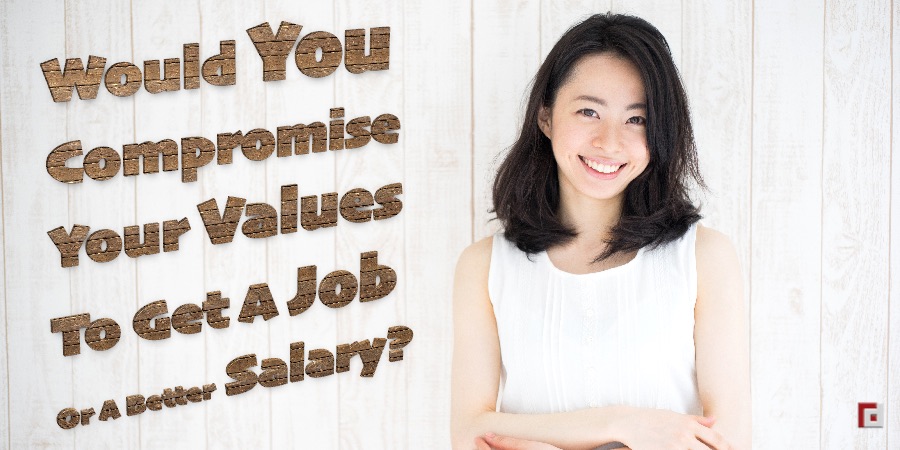 The importance of values and culture has risen to the value of the unpredictable. Many organizations are actively building cultural programs and emphasizing their values as the backbone of their business. Some even act very prominently with them.

In Thailand, for example, Some Thai companies have taken a strong stand on issues such as sexual and sexual equality. The company's products have even been pulled from sales by dealers who do not share these values with them, or whose own values are contrary to the company's views. And it is not the only Thai company who does this.

When fighting for the best in the industry, you want to tie them to a specific value base. This increases persistence and commitment, and reduces wage criticism, so that employees will not so easily run away from a competitor in the hope of a better salary, and for many other reasons.

Even employer value promises are built on how employees are treated and how job seekers want to describe the organization's appreciation of their employees. Although a promise of value is different than values, they have clear points of connection.

But do values matter when an unemployed job seeker feels pressure to get employed?

Although there is much talk in Thailand of skills shortages in many sectors, unemployment is commonplace for many. Employment can be challenging, especially for young graduates who have not developed the skills or seniority, personal networks or expert status that could be used to find a job. In general, finding a job can be difficult, not to mention interesting jobs and a permanent job in your field.

In spite of the difficulty of finding employment, several studies have emerged in recent years, which show that young people, in particular, are very value-oriented in their job search. According to Recruitment Companies in Thailand, 14% of job seekers consider values to be the most important piece of information when considering a company as an employer, and nearly the same number of applicants attach the highest importance to the organization's sense of social responsibility.

However, value orientation is put to the test when bills are due, money is tight and you should just find work. How many people, after all, can afford to choose where they want to work, what kind of pay and what conditions?

How far would you be willing to go to hold on to your values?

According to a study, up to 60% of recruiters believe that cultural mints - and thus commitment to values - are the most important reason for recruiting. Similarly, according to Collegefeed, nearly 80% of millennial job seekers seek cultural compatibility for themselves.

So idealism lives on: young people want to work for a company whose ethical values it shares. Young people even take jobs away from companies whose values conflict with their values or have a bad employer image.

How far would you go about applying for a potential employer based on values and culture? Would you not accept a job or give up a better place because of your values?